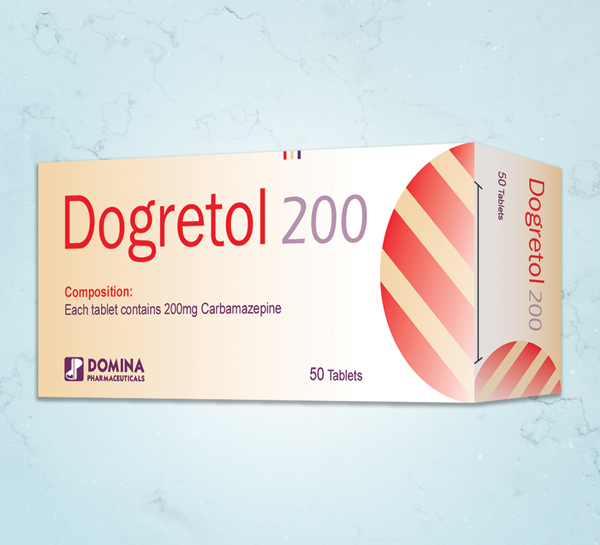 Carbamazepine has demonstrated anticonvulsant properties. It appears to act by reducing polysynaptic responses and blocking the post-tetanic potentiation. Carbamazepine greatly reduces or abolishes pain induced by stimulation of the infraorbital nerve in cats and rats. It depresses thalamic potential and bulbar and polysynaptic reflexes, including the linguomandibular reflex in cats.

the suspension was absorbed somewhat faster, and the XR tablet slightly slower, than the conventional tablet. The bioavailability of the XR tablet was 89% compared to suspension.

Carbamazepine in blood is 76% bound to plasma proteins. Plasma levels of Carbamazepine are variable and may range from 0.5 to 25 mcg/mL.

Carbamazepine is indicated for use as an anticonvulsant drug. In patients with the following seizure types:

Trigeminal Neuralgia:  Carbamazepine is indicated in the treatment of the pain associated with true trigeminal neuralgia. Beneficial results have also been reported in glossopharyngeal neuralgia.

This drug is not a simple analgesic and should not be used for the relief of trivial aches or pains.

Because of the relationship of the drug to other tricyclic compounds, the possibility of activation of a latent psychosis and, in elderly patients, of confusion or agitation should be borne in mind.

The use of Carbamazepine should be avoided in patients with a history of hepatic porphyria (e.g. acute intermittent porphyria, variegate porphyria, porphyria cutanea tarda). Acute attacks have been reported in such patients  receiving Carbamazepine therapy.

As with all antiepileptic drugs, Carbamazepine should be withdrawn gradually to minimize the potential of increased seizure frequency.

Serious Dermatologic Reactions: Serious and sometimes fatal dermatologic reactions, including toxic epidermal necrolysis (TEN) and Stevens-Johnson syndrome (SJS), have been reported with Carbamazepine treatment. If signs or symptoms suggest SJS/TEN, use of this drug should not be resumed and alternative therapy should be considered.

SJS/TEN and HLA-B*1502 Allele: There is a strong association between the risk of developing SJS/TEN with carbamazepine treatment and the presence of an inherited variant of the HLA-B gene, HLA-B*1502.

Prior to initiating Carbamazepine therapy, testing for HLA-B*1502 should be performed in patients with ancestry in populations in which HLA-B*1502 may be present.

Aplastic Anemia and Agranulocytosis:  Aplastic anemia and agranulocytosis have been reported in association with the use of Carbamazepine.

Carbamazepine can cause fetal harm when administered to a pregnant woman.

Epidemiological data suggest that there may be an association between the use of carbamazepine during pregnancy and congenital malformations, including spina bifida.

Antiepileptic drugs should not be discontinued abruptly in patients in whom the drug is administered to prevent major seizures because of the strong possibility of precipitating status epilepticus with attendant hypoxia and threat to life.

Carbamazepine and its epoxide metabolite are transferred to breast milk.

Because of the potential for serious adverse reactions in nursing infants from carbamazepine, a decision should be made whether to discontinue nursing or to discontinue the drug, taking into account the importance of the drug to the mother.

Effect of Carbamazepine on Plasma Levels of Concomitant Agents:

Adults and children over 12 years of age :

Children under 6 years of age :

Signs and Symptoms:  The first signs and symptoms appear after 1 to 3 hours. Neuromuscular disturbances are the most prominent. Cardiovascular disorders are generally milder, and severe cardiac complications occur only when very high doses (greater than 60 g) have been ingested.

Treatment: Induction of vomiting, Gastric lavage. Even when more than 4 hours have elapsed following ingestion of the drug, the stomach should be repeatedly irrigated, especially if the patient has also consumed alcohol.