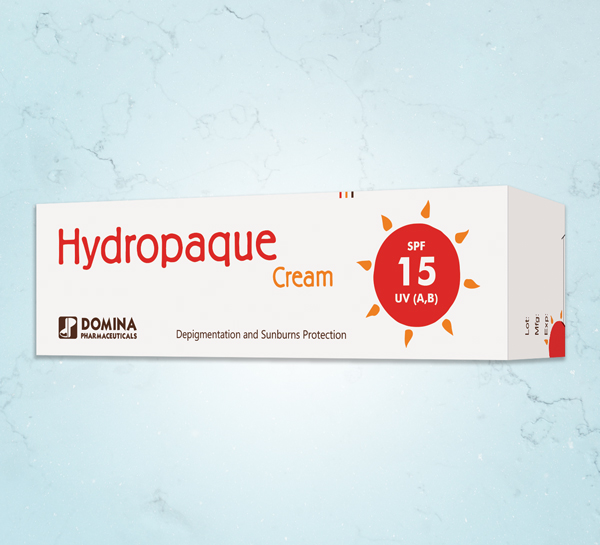 Hydropaque Cream is used for the gradual bleaching of hyperpigmented skin conditions such as chloasma, melanism, freckles, and senile lentigines.

Hydropaque Cream has a double activity. It removes the undesirable pigmentation of the skin by hydroquinone, and prevents reformation of pigmentation by octyl methoxy cinnamate (a sun blocking agent).

Apply Hydropaque Cream as a thin layer to hyperpigment once or twice daily. The treatment should be regularly continued for at least one month or as directed by a physician.

A noticeable depigmentation is achieved after 4 weeks of the treatment and it is expected to have a satisfactory final result after two months of the treatment. Make up can be applied after the treated area has dried.

• The product is used as a sun bleaching agent, and should not be used for the prevention of sunburn.

• The product is not preferable to be used for children under 12 years old.

• If no bleaching or lightening effect is noted after 3 months of treatment, the medication should be discontinued.