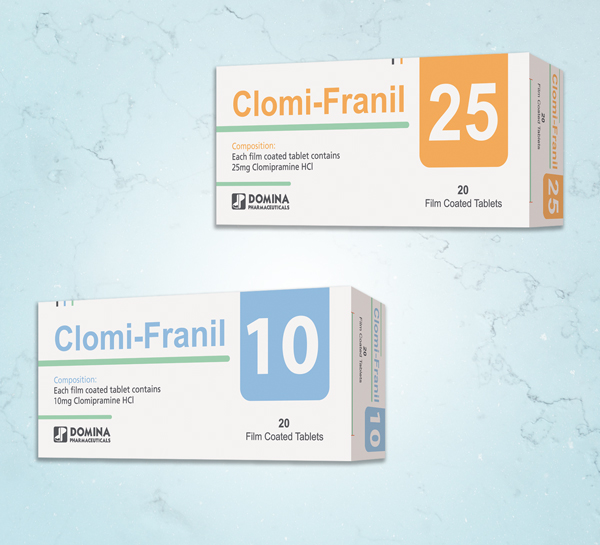 Clomi-Franil is indicated for the treatment of:

For the treatment of depressive cases:

For the treatment of obsessional and phobic states:

As an adjunctive treatment of cataplexy associated with narcolepsy: 10 – 75mg daily.

It should be left 3 weeks at least between the treatment of the drug and monoamine oxidase inhibitors. The drug should not be given with sympathomimetic agent such as: Adrenaline, ephedrine, and phenylephrine including nasal drops. Side effects may be enhanced by the concurrent administration of C.N.S depressants such as: Alcohol, antimuscarinic agents, and barbiturates. Cimetidine, calcium channel blockers may increase the plasma concentrations of the drug and toxicity.

It should not be used especially during the first and last trimesters. Nursing mother should be advised to withdraw the medication, or cease breast-feeding.