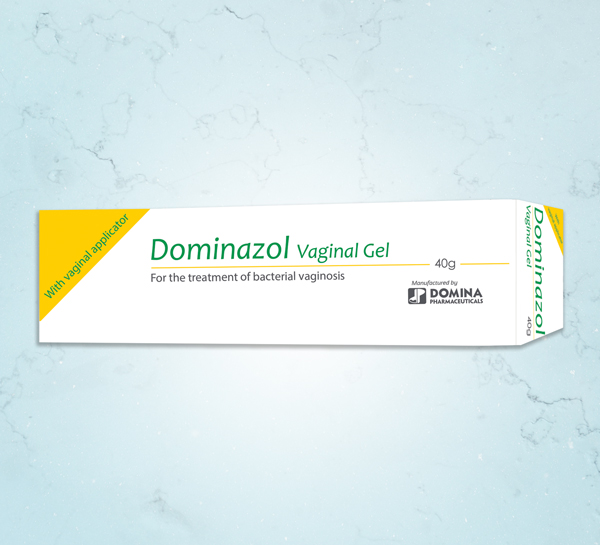 Metronidazole is a synthetic antibacterial agent which also possesses amoebicidal activity. Metronidazole  vaginal gel has been shown in vivo to be active against the vaginal pathogens Gardnerellavaginalis and bacteroides species.

Metronidazole has a large apparent volume of distribution and has the ability to penetrate the blood brain barrier and blood cerebro-spinal fluid barrier at concentrations similar to serum concentrations.

Metronidazole is metabolised in the liver by side chain oxidation and glucuronide formation and a large portion of the absorbed dose is excreted as metabolites. Both unchanged drug and metabolites are excreted mainly in the urine.

Metronidazole  vaginal gel is indicated for the treatment of bacterial vaginosis.

Posology and method of administration:

One application of Metronidazole  vaginal gel (5g) inserted into the vagina once daily, at bedtime, for 5 consecutive days.

Bacterial vaginosis is not commonly seen in the elderly population and consequently clinical assessment in this age group has not been carried out.

Not recommended for use in children and adolescents under 18 years since safety and efficacy have not been established.

Pierce sealed end of tube and screw open end of applicator tightly onto tube of gel. Squeeze tube, filling the applicator with gel. Remove applicator from tube and gently. insert applicator into vagina as far as it will comfortably go. Push the plunger to release the gel. Dispose of applicator as instructed.

There is no human experience with overdosage of metronidazole vaginal gel. Vaginally applied metronidazole gelcould be absorbed in sufficient amounts to produce systemic effects.

Hypersensitivity to the active substance or to any of the excipients or to other nitroimidazoles or parabens.

1. Use during menses is not recommended.

2. Known or previously unrecognized candidiasis may present more prominent symptoms during therapy with Metronidazole  vaginal gel and may require treatment with a candicidal agent.

3. If irritation does occur the patient should be advised to use metronidazole less frequently or to stop temporarily and to seek medical advice if necessary.

4. Metronidazole is a nitroimidazole and should be used with care in patients with evidence of a history of blood dyscrasias.

5. As with all vaginal infections, sexual intercourse during the infection and during treatment with Metronidazole  vaginal gel is not recommended.

6. Unnecessary and prolonged use of this medication should be avoided. Evidence suggests that metronidazole is carcinogenic in certain animal species. There is no evidence to date of a carcinogenic effect in human .

8. Metronidazole  also contains propylene glycol which may cause skin irritation.

There have been no formal studies with Metronidazole  vaginal gel in pregnant women. Caution should, therefore, be exercised when prescribing to pregnant women.

Metronidazole is excreted in milk at concentrations similar to those in maternal serum and the ratio of serum concentrations of metronidazole in the breastfed infant/mother is approximately 0.15. Caution should be exercised when prescribing to lactating women.

At the low serum concentrations which result from the use of metronidazole vaginal gel, the possibility of similar reactions is unlikely although cannot be excluded.