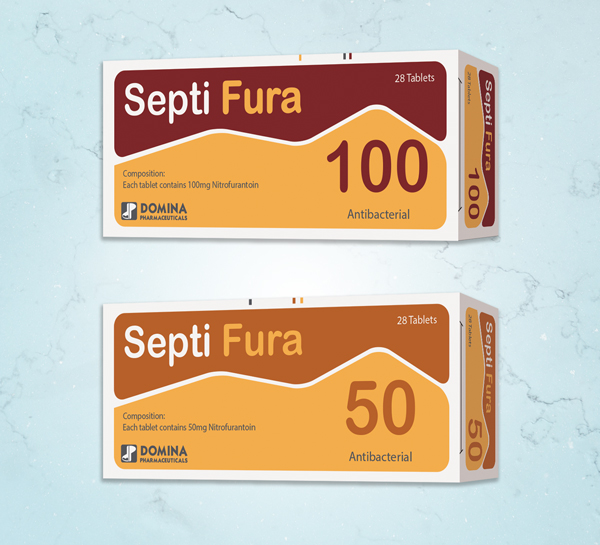 For the treatment of and prophylaxis against acute or recurrent, uncomplicated lower urinary tract infections or pyelitis either spontaneous or following surgical procedures.

Nitrofurantoin is specifically indicated for the treatment of infections due to susceptible strains of Escherichia Coli, Enterococci, Staphylococci, Citrobacter, Klebsiella and Enterobacter. Most strains of Proteus and Serratia are resistant. All pseudomonas strains are resistant.

Adults and children over ten years of age: The dose should be taken with food or milk (e.g. at meat times).

In the event of severe nausea the dose may be reduced, but not below 200mg/day. Should nausea persist the drug should be withdrawn.

Long term suppressive therapy: 50-100mg once a day at bedtime is suggested.

Surgical prophylaxis: 50mg four times daily on the day of the procedure and for the three days after.

Elderly: As for normal adult.

Super-infections by fungi or resistant organism such as pseudomonas may occur. However, these are limited to genitourinary tract.

Patients with known hypersensitivity to Nitrofurantoin or other nitrofurans.

Patients suffering from renal dysfunction with a creatinine clearance of less than 60ml/minute or elevated serum creatinine.

In infants under three months of age as well as pregnant patients at term (during labour and delivery) because of the theoretical possibility of haemolytic anaemia in the foetus or in the newborn infants due to immature erythrocyte enzyme systems.

Uricosuric such as probencid and sulphinpyrazone may inhibit renal tubular secretion of nitrofurantoin. The resulting increase in serum levels may increase toxicity. Decreased urinary levels could reduce its efficacy as a urinary tract antibacterial.

Concurrent use with quinolones is not recommended.

There may be decreased antibacterial activity for nitrofurantoin in the presence of carbonic anhydrase inhibitors and urine alkalizing agent.

EFFECTS ON ABILITY TO DRIVE AND USE MACHINES:

Septi Fura does not interfere with the ability to drive or use machines.

Nitrofurantoin suitability in human pregnancy has been well documented. Pregnancy category B, to be used only if clearly indicated in pregnancy.

Nitrofurantoin is however contraindicated in pregnant women during labour and delivery, because of the possible risk of haemolysis of the infants immature red cells.